Why we love spring in New York City

Ne-Bo
Blog
Why we love spring in New York City

Why we love spring in New York City

Spring is finally here, which in New York City means several things: Locals crawl out from within their tiny apartments and start exploring and smiling again; we all start walking places once more, appreciating the murals and the brownstones we have around us; Mr. Softee trucks glide through town and the city just somehow seems more welcoming, brighter and more energetic. Read on to find out why we love spring in NYC.

Spring signals the beginning of the city returning from its winter hibernation into the outdoors. Restaurants and cafes spill out onto the streets, shops open their windows and rooftops dust off their fairy lights. Annual outdoor favorites like Grand Banks, Frying Pan and the rooftop at Le Bain return, giving you a chance to get your dose of vitamin D alongside your social life.

We love Brooklyn’s Smorgasburg, the largest weekly open-air food market in America, which draws up to 30,000 visitors a week. This year, the market will open on April 6 and run every Saturday at East River State Park and every Sunday at Prospect Park. 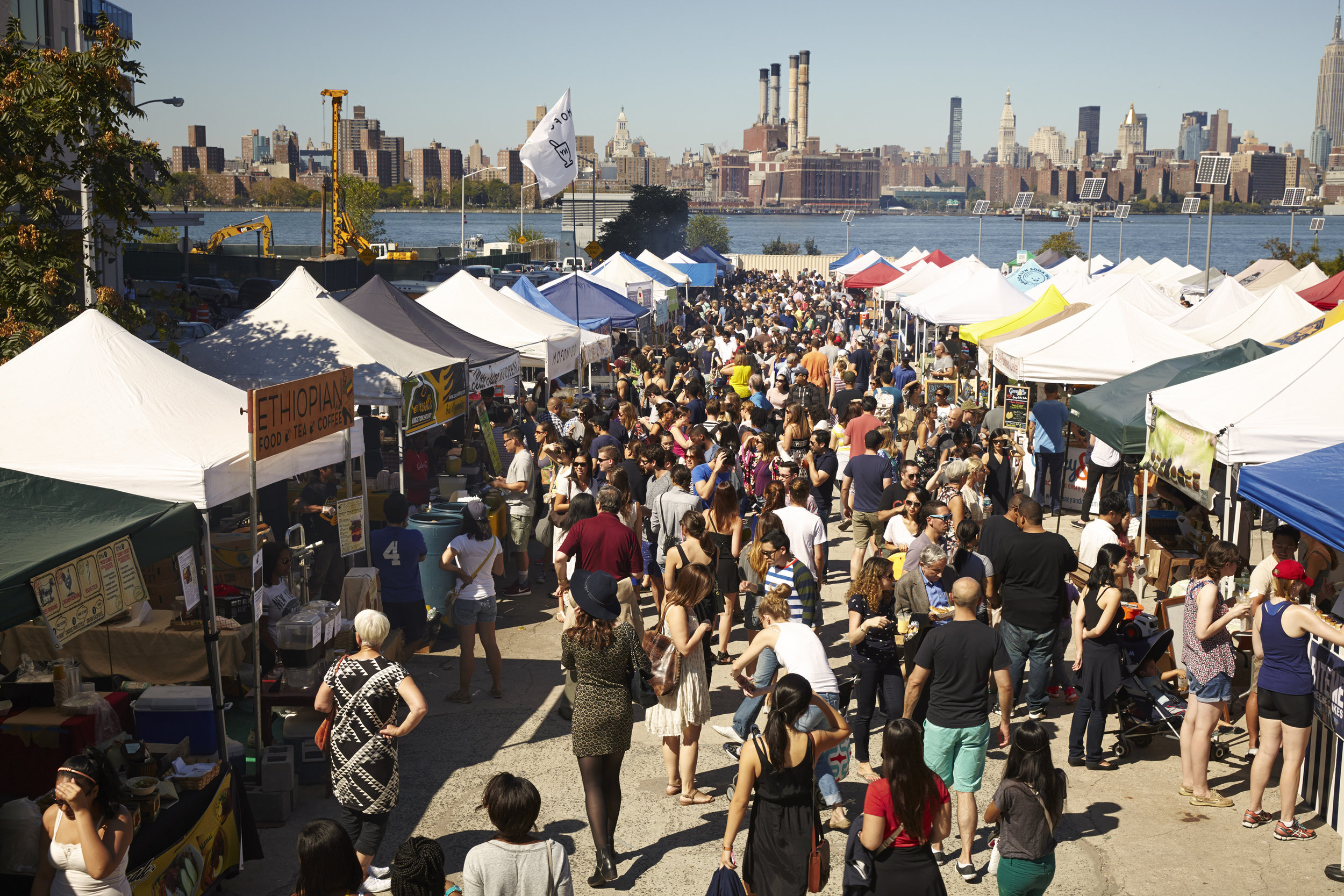 Brooklyn Flea will be moving outside to their summer DUMBO location starting April 7, with 80 vendors selling vintage clothes, knick-knacks and delicious food every Sunday. We’re also looking forward to the opening of the new Time Out DUMBO food market this spring. Wonderful Brooklyn rooftops like Our Wicked Lady, one of the top ten rooftops in NYC, will also be reopening soon, with weekly Monday night karaoke starting April 1.

The trees are blooming

People who say New York is a concrete jungle have obviously not visited in the spring. Spring sees the annual rebirth of nature in the city, from park life to flowers. At the top of the list are the cherry blossom festivals, which you can catch all around the city.

We love the annual Orchid Show at New York Botanical Garden in the Bronx, where thousands of orchids transform the Enid A. Haupt Conservatory into a spring wonderland, from Feb. 23 to April 28.

The theme of this year’s festival is The Orchid Show: Singapore, which includes special Orchid Evenings where you can come after dark and see the Supertrees alongside an incredible light display, highlighting the orchids’ natural beauty, with a side-helping of drinks, snacks and live entertainment. 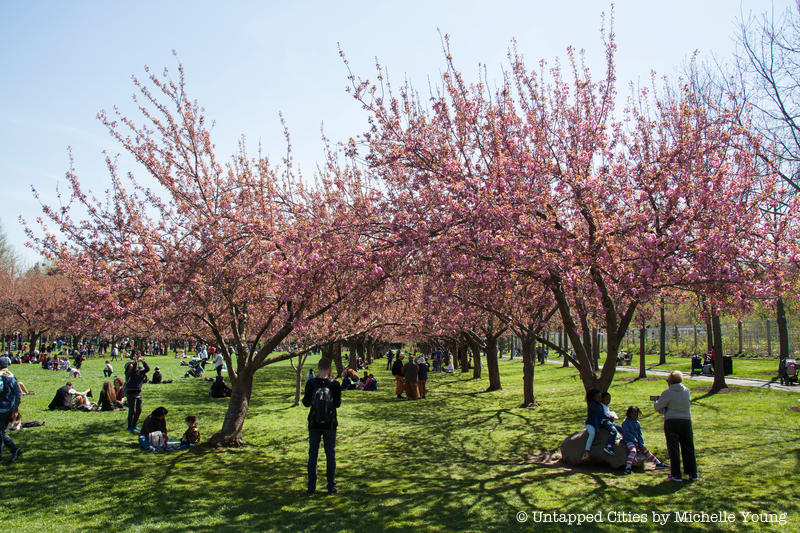 Brooklynites should try the famous Sakura Matsuri Cherry Blossom Festival at Brooklyn Botanic Garden, an exciting weekend of Japanese culture and nature, where you can enjoy Taiko drummers, J-rock bands and stand-up comics across the festival’s two stages, plus a Japanese tearoom, art gallery, mini flea market and even a cosplay fashion show. Roosevelt Island also has its own Cherry Blossom Festival on April 13, which is free and open to the public without registration.

Or if you’re not quite ready for the outside world, check out Macy’s Flower Show, a giant arrangement of flowers spread throughout their flagship Herald Square store. This year’s theme is Journey to Paradisios, an outer space experience explored through the medium of flowers.

The parks are perking up

We love Central Park and Prospect Park in the spring more than any other season, as well as the many smaller parks dotted across the city. Listen to the blue-jays in Central Park’s Sheep Meadow, followed by a rowboat trip beside Bow Bridge for just $15 an hour, or bike, run or picnic throughout Prospect Park’s tranquil 526 acres. NYC is famous for its Crabapple, Magnolia, Weeping Cherry, Dogwoods and Eastern Redbuds, which truly come to life in the spring.

For something different, try Brooklyn Grange, the world’s largest rooftop soil farm, which has two-and-a-half acres of agricultural produce spread between its two sites at Long Island City and Brooklyn Navy Yard. This agricultural marvel grows more than 50,000 pounds of tomatoes, leafy greens, carrots and other produce every year, making it the perfect place to walk around on a tour, volunteer or take one of their educational classes in the spring sun. 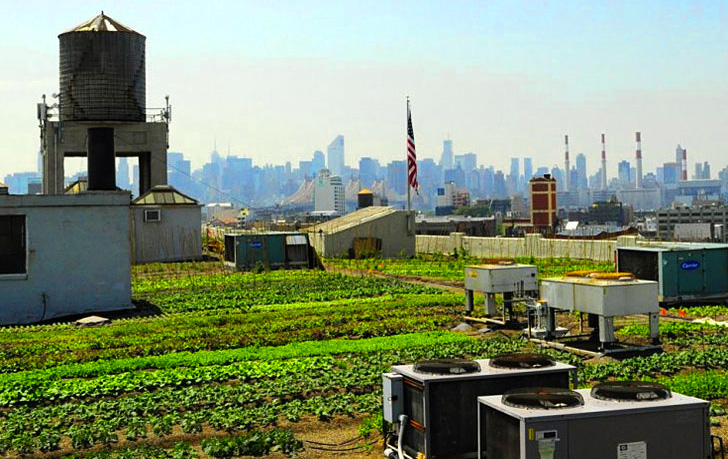 The baseballs are flying

Last, but not least, spring is the beginning of baseball season. April is the start of Major League Baseball's regular season, and you can catch the Mets, Yankees or minor league games across all five boroughs. Even if you don’t follow America's Pastime, the food and the atmosphere at Citi Field or Yankee Stadium are an experience in themselves.

Check out the Mets' and Yankees' schedules at mlb.com. 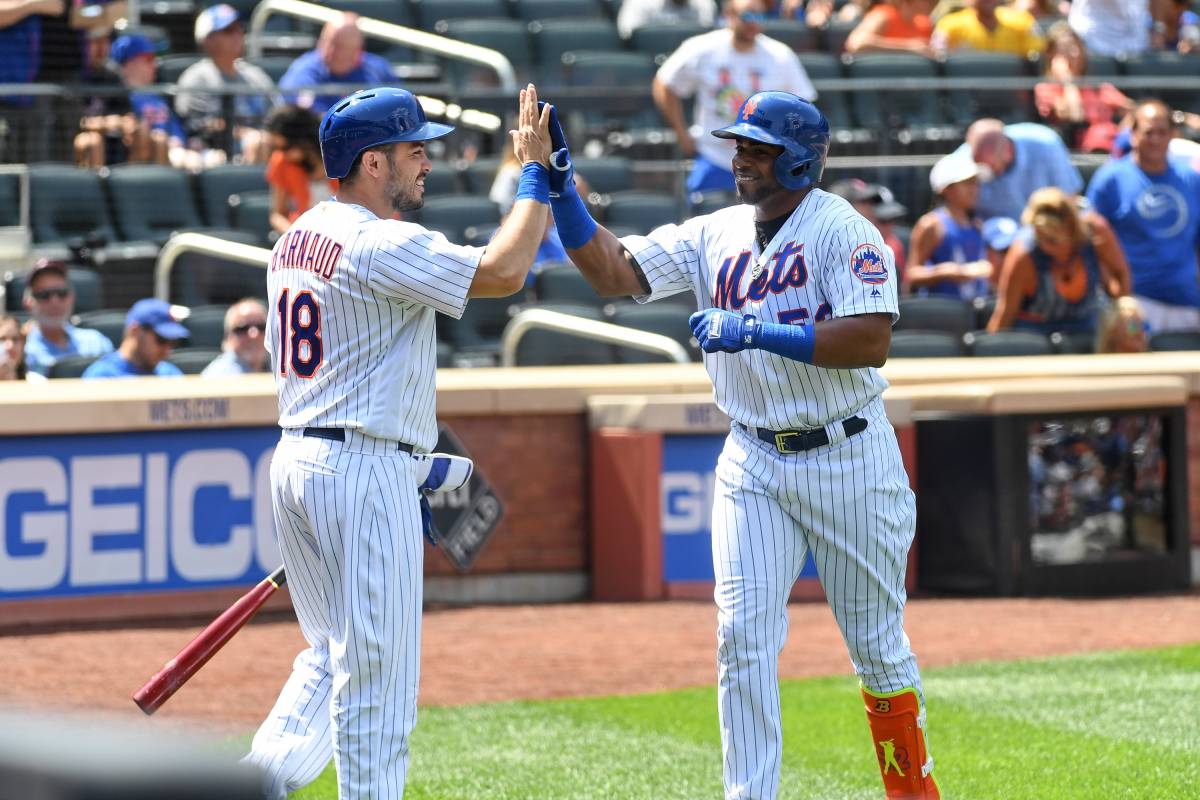 This week’s #MemberMonday feature is Natalie from Minneapolis, a lover of arts and culture and the newest member...

This week's  #MemberMonday  is Jorge, a musician and photographer from Madrid and a new member at our Sou...