What We Learned at Outpost's Blind Sculpting Party

Ne-Bo
Blog
What We Learned at Outpost's Blind Sculpting Party

What We Learned at Outpost's Blind Sculpting Party

Twinkling lights, dancing, 15 bodiless heads -- it sounds like a particularly cheerful group of zombies got loose in Brooklyn, but had you climbed to the rooftop of Outpost Club’s Downtown Brooklyn House on Saturday night, you would have instead found a community art project in the works.

Tacia Duarte has been sculpting the human form for a decade and has been wanting to try out an experiential art project at Outpost for a while now. She had the idea for Saturday’s experience when she observed how much of our lives take place over our phones.

“Some of the people there had never touched clay before that night,” she said. “I figured faces are something everyone has a curiosity about, so I thought it would be a good way to get us out of this digital world we live in. 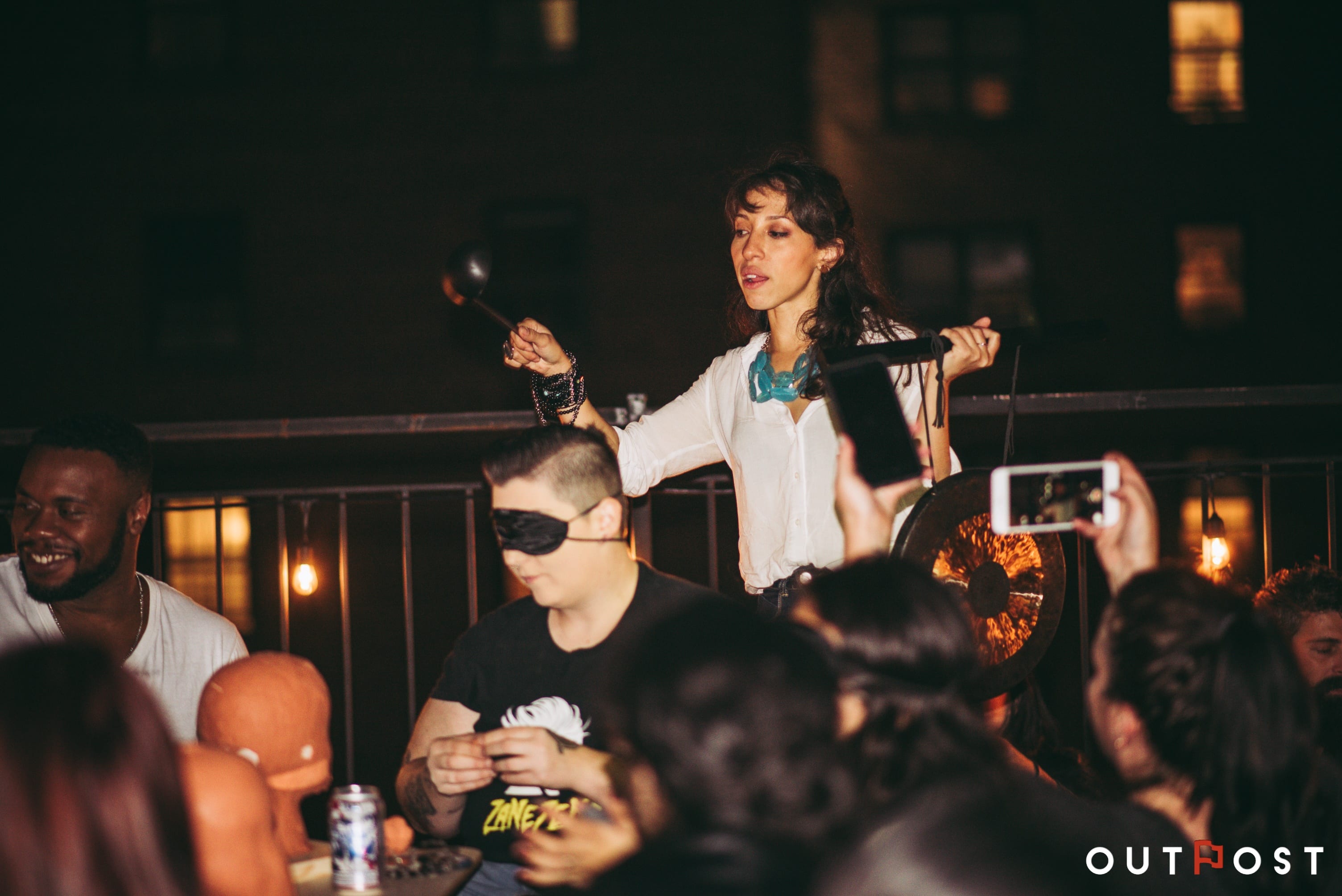 So the blindfolds came out and the Outpost Community got to work, molding clay into as close an approximation of the human face as one could be expected to create after having been blinded on short notice.

In between drinks and dancing, partners traded off twisting and pressing the clay into something they thought they were intimately familiar with: their own face. One sense down, though, they realized it was harder than they’d expected.

Many people commented on how little they realized they knew about their own face. 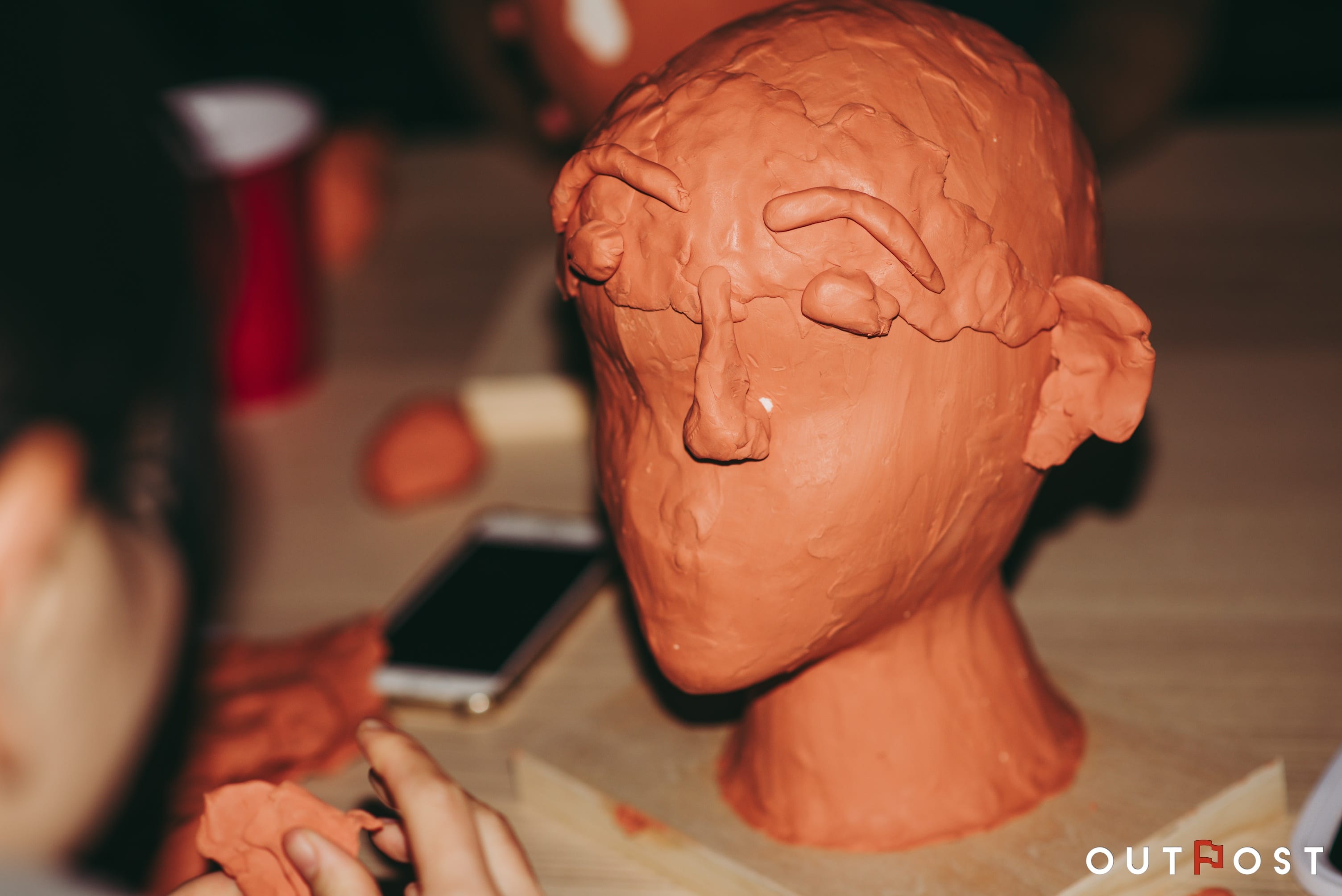 That was kind of the point, according to Tacia. The sculptor said that’s something she commonly experiences with her students: People think they have an intuitive knowledge of what a face should look like, but they can’t always translate that through other senses.

“We all have a very superficial understanding of the face that we see everyday,” she said. “If I were to do the event again, it’d be easier because everyone would have established a memory of what a face should look like, which is the tricky part.”

“We all have that memory,” she added. “It’s just a matter of training it.” 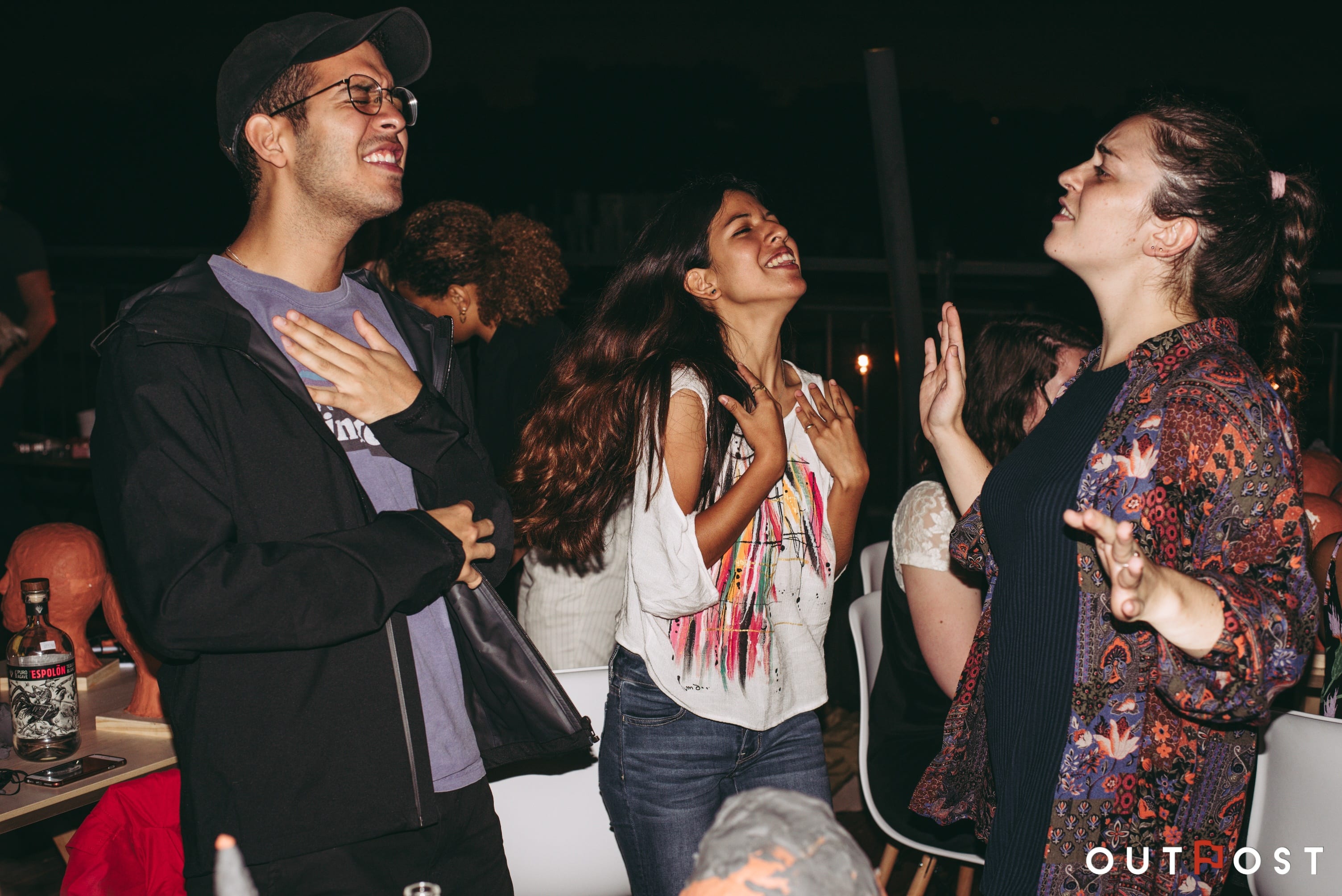 As drinks were downed and dancing took over the patio, 15 heads, faceless no more, stared out into the night, watching the wild abandon with sightless eyes. It was an appropriate end to the evening, according to Tacia.

“This is what art is all about,” she said. “I had a plan and started telling people what to do and then they interpreted it and made it their own.”

It was a fitting send-off for Tacia, who left her role as community manager at the end of September. The sculptor is planning to spend the coming months focusing on her art, which you can see more of on Instagram.

“I didn’t come to New York to be nobody, you know?” she said. 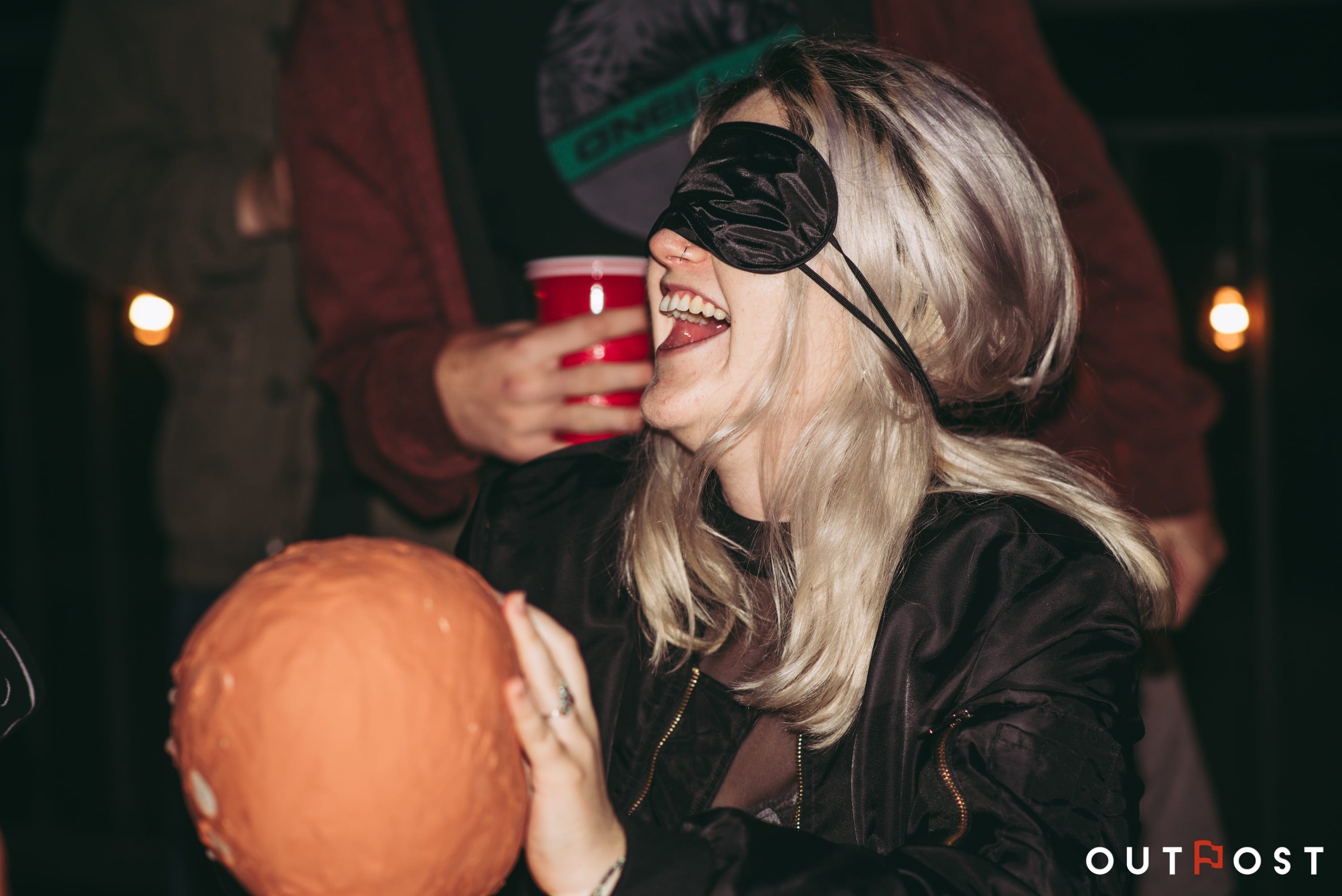 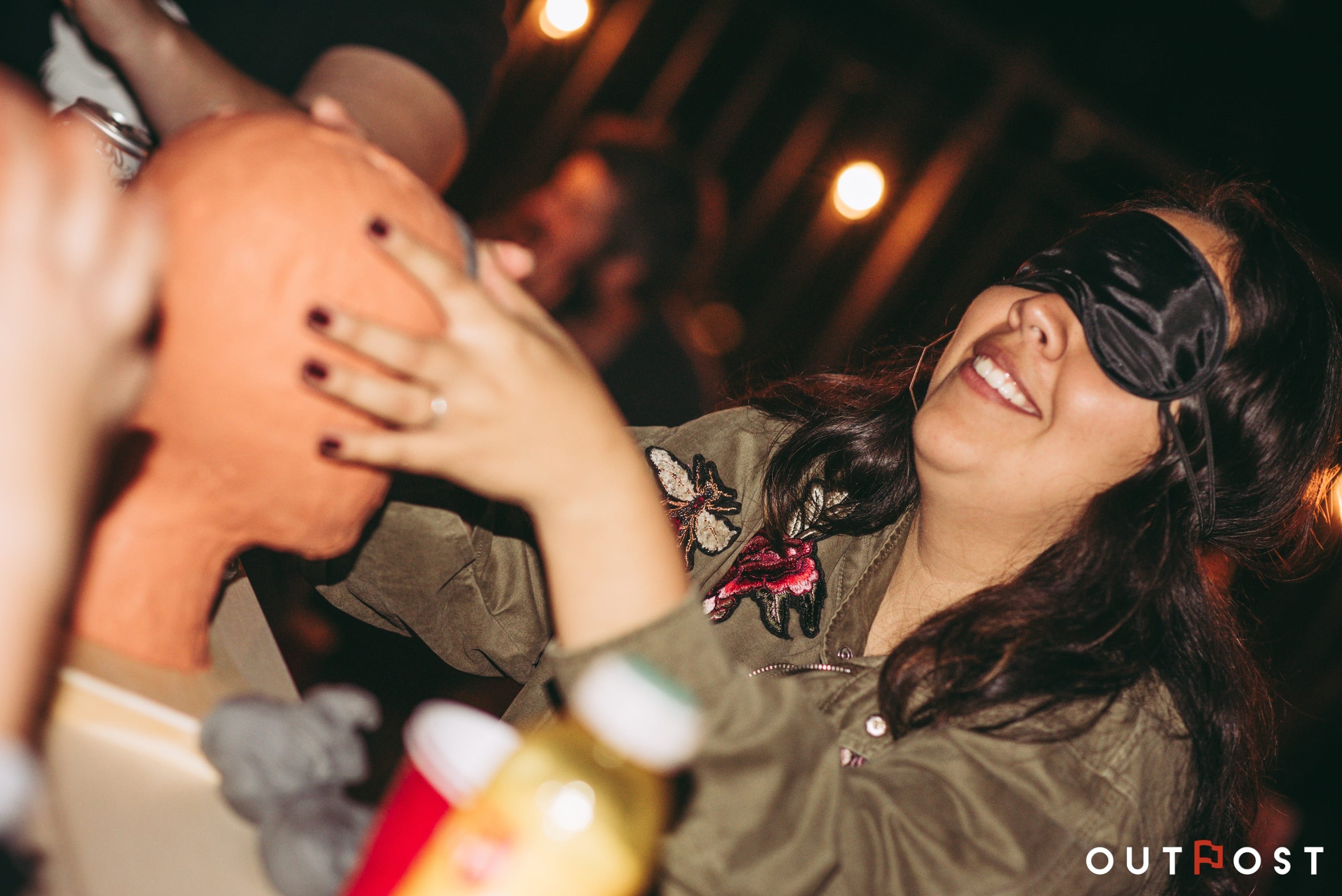 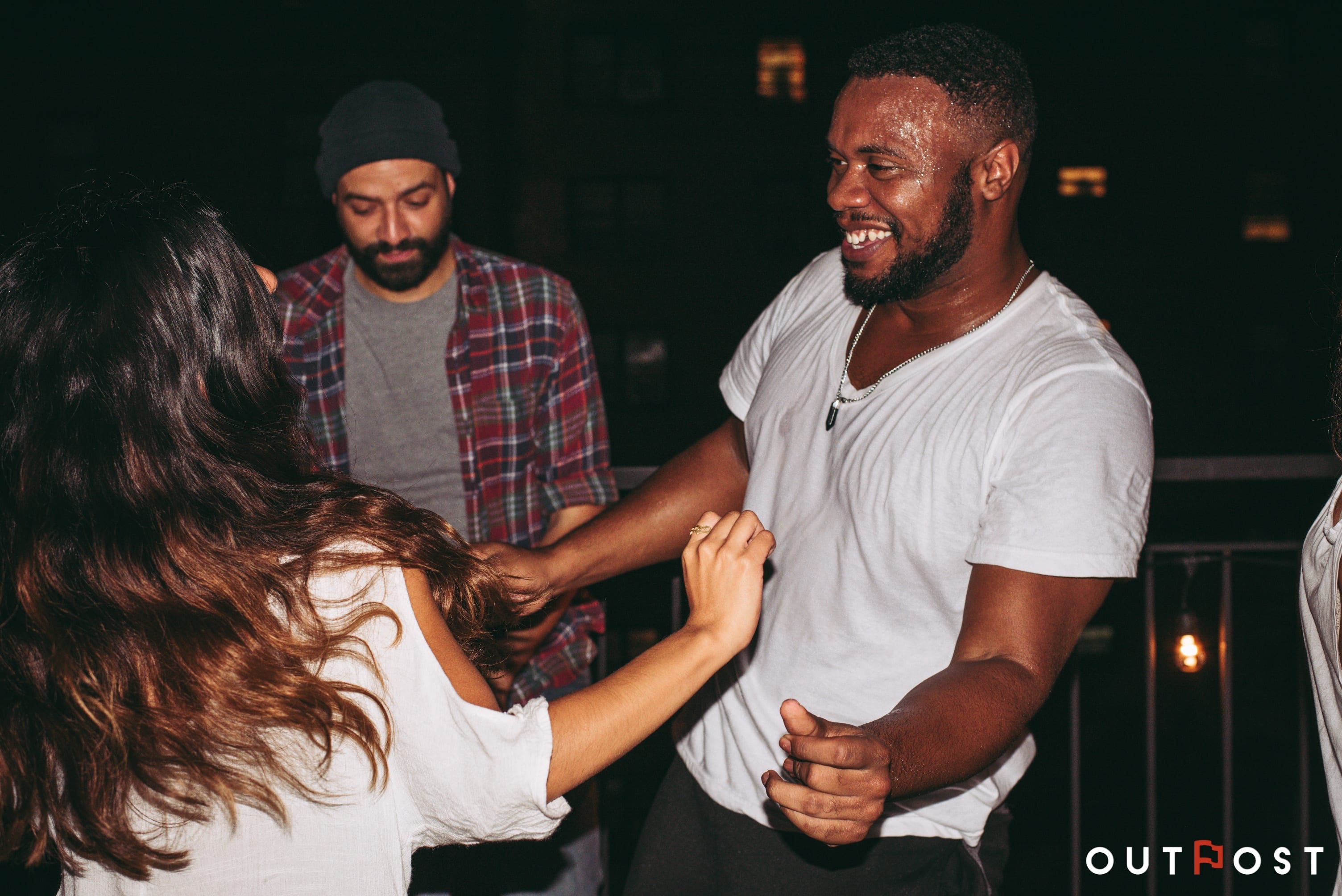 For the last #MemberMonday of August we're heading back to East Bushwick to chat with a relatively new member, Jess Roma...

Walk into Carmelo’s on a weeknight and you’ll almost feel as though you’ve stepped back in time: The w...