Thanksgiving Day has deep roots in the history of many countries. It is a national holiday celebrated in Canada and the United States. It was originally celebrated as a day of giving thanks for the blessing of the harvest and of the preceding year.

It is celebrated on the second Monday of October in Canada and on the fourth Thursday of November in the United States.

Several other places around the world observe similar celebrations – including Germany – well known Oktoberfest is part of Erntedankfest – Harvest Thanksgiving Festival.  The Netherlands – Dankdag. Even in Japan – Labor Thanksgiving Day.

Although Thanksgiving has historical roots in religious and cultural traditions, it has long been celebrated in a secular manner as well.

In modern times the President of the United States, in addition to issuing a proclamation, will "pardon" a turkey, which spares the bird's life and ensures that it will spend the duration of its life roaming freely on farmland.

While we at Outpost Club will have a Family warm Party with, Sorry Turkey :), roasted in the oven and potluck dishes from our Guests and Alumni at our new Bedford House in Brooklyn. We know it is difficult to be away from family and friends – and always trying to create a warming and welcoming friends and family atmosphere in our Community. 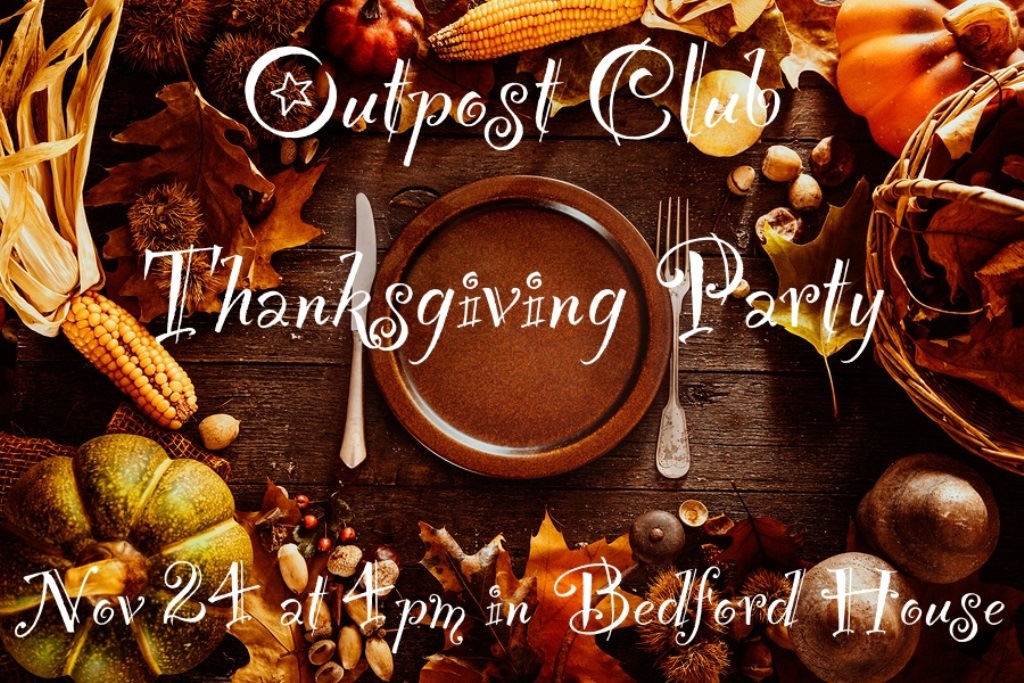 Every one of us is coming to the New York wants to feel the spirit of the city and thoroughly enjoy it. We don't want to...

“Happy Thanksgiving” – that phrase finished each and every small conversation we had on November 24th....