Hello again everyone from Outpost Club!

In this month's newsletters, we have summarized what has been going on throughout the month.

We have also included other information that may be of interest to you, like the events going on in the coming month, as well as movies and Netflix show recommendations.

So read on for more of this!

Outpost gains a new partner for all our members! This partnership with BKLYN Commons will allow Outpost members a chance to work in a fully-equipped co-working spaces. Enjoy a 50% discount on their open desk memberships! A $150 savings! Also available is a 15% discount on membership for 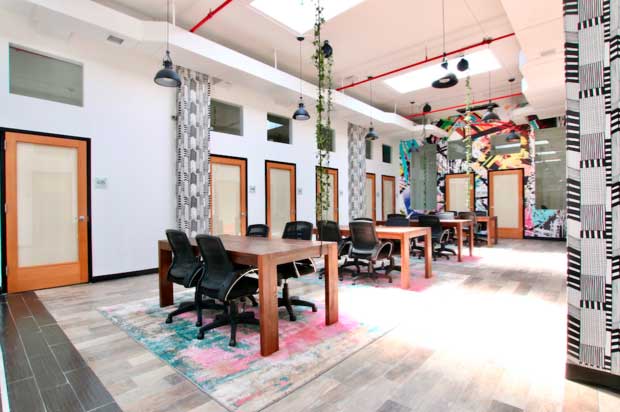 We know you've loved all the events organized by, and for our members. And that's great! Because they were planned with one and only one aim: to make sure you feel like part of a community. So do join in the ones we have planned for you next. Maybe you'll end up making new best friends that can keep you company on your nights in, or party it up on your nights out!

Here are some of the events you can look forward to.

Celebrate spring with us at our Bushwick Spring BBQ!

Come see the highly anticipated sequel with Outpost Club members as excited as you are!

Enjoy the sun while being serenaded by a talented group of musicians from the School of Rock! Our own live band event? Check!

If you're as excited as we are about these events, stay tuned for additional information that will be shared in our Outpost Club NYC Current Members Facebook group.

Fleet Week in NYC is an annual seven-day celebration held to honor United States’ Navy, Coast Guard and Marine Corps members. The event starts with a parade that features a fleet of vessels and tall ships along the Hudson river. This is followed by military demonstrations and a Memorial Day ceremony, among many other activities.

It takes place on May 23rd all through May 29th at different venues that include the New York Harbor, Manhattan’s Pier 92, Staten Island’s USS The Sullivans Pier, the Military Island Eisenhower Park, the Flagship Brewery and the Soldiers' and Sailors' Memorial Monument.

The Washington Square Outdoor Art Exhibit takes place twice a year, from May 26th to June 3rd. It is a sidewalk show that starts from University Place at East 13th Street and continues along the east side of Washington Square Park to West 3rd Street.

So if you’re into art, be sure to check out this event that showcases fine artists and craft artisans from around the New York metropolitan area, and other parts of the world.

Learn about the Japanese culture while enjoying a nice afternoon surrounded by the beautiful Spring air by visiting Central Park’s annual Japanese Day this May 14th. Plenty of programs have are in the lineup, starting with Japanese Taiko Drumming at 10.30am.

Get a full insight on the chart topping artist at the Brooklyn Museum this Spring.

The exhibition provides a look into his creative process, through more than 400 objects that include his original costumes, 85 handwritten lyric sheets, original album art, photographs, and videos.

Movie lovers, there are a couple of new movies coming out next month. So let's make a plan for a day out at the cinema with your Outpost Club family!

Also, save some bucks by getting unlimited entries at just $9.95 a month. You can do so by applying for a movie pass here: https://www.moviepass.com/.

Loved the first Deadpool? Then you have to watch the second instalment of the foul-mouthed Marvel’s comic hero. L.

Sometimes a little self-belief can change your whole outlook of the world. Follow Any Schumer on her journey of self-appreciation in I Feel Pretty.

Sometimes it's nice just to sit back and relax after a long week of work. We get it. So why don't plan for a movie get-together at one of Outpost's houses? Get some popcorn, pizza, and soda, and enjoy an entertaining night-in with the other members. The more, the merrier!

Here are some great movies that have received our thumbs up.

Mamma Mia! is a 2008 musical romantic comedy film. Meryl Streep leads the film through her role as a single mother to Sophie, played by Amanda Seyfried. Pierce Brosnan, Colin Firth and Stellan Skarsgård play the three possible fathers to Sophie, who is determined to find out which one will walk her down the aisle.

James McAvoy plays the role of Wesley Gibson, an office worker whose monotonous life took a turn after the murder of his estranged father. Fox, played by Angelina Jolie then recruits him into a secret society of assassins, which has more secrets that he initially suspects.

Ben Thomas, played by Will Smith, is living with huge regret over a past mistake. To find redemption, he sets out to help save the lives of seven strangers by donating his organs to them. Complications arise when he falls in love with cardiac patient, Emily.

How Was Your April At Outpost Club?

Now we've covered what's in store for this month, let's revisit some of the great moments we've shared last month. Last month was a blast! Take a look at one of many of our events that took place during the month of April, and make sure to come to May’s events!

The birthday girl who turned 24 last weekend turned on the heat and made our Ridgewood House a dance floor that got everyone “moving like Jagger”. Along with her friends, both from Outpost and outside, Talia who is also our Ridgewood House leader successfully threw one of the best birthday parties we've had! 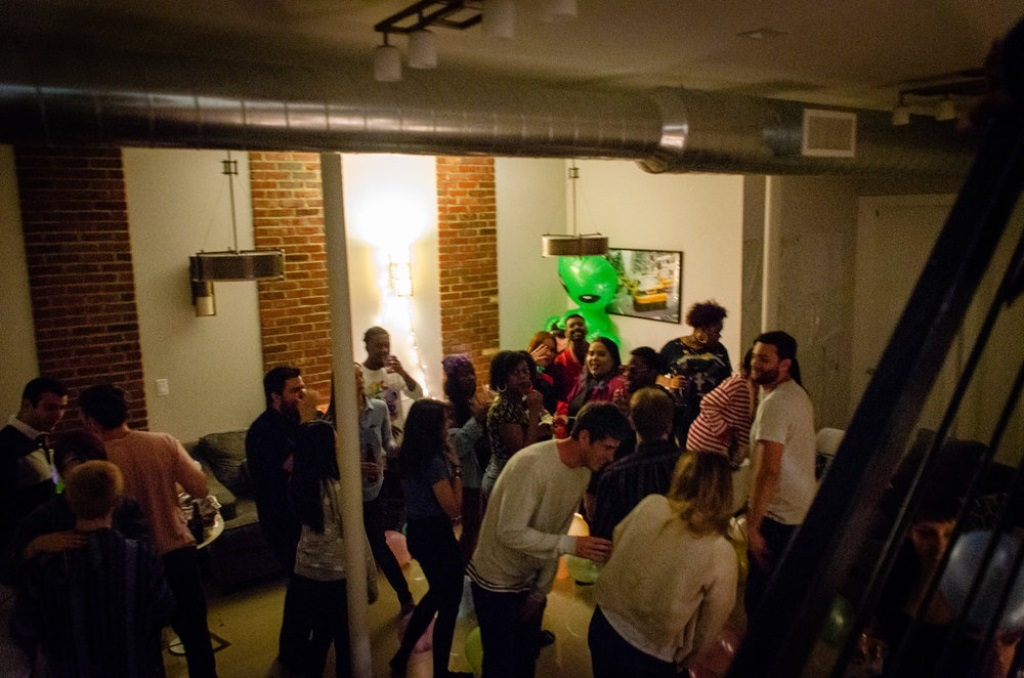 See You Again Next Month!

We hope you have enjoyed our events as much as we did! Thank you for joining us and making them memorable. Don't fret if you had missed any of them. Just check out the articles and pictures of the events to have a feel of what they were like.

Our goal is only truly achieved if we have made you feel like being at home during your stay with us. So we hope you will continue having a great time at Outpost Club!

If you’re new to the area, we understand how tough that can be. We have members coming from all over the world and...

For the first #MemberMonday of June we’re excited to introduce Sarah Evelyn, our new Social Media and Marketing In...