We're in East Bushwick for this week's #MemberMonday with the talented Sky Mejias, who started Lab Studios in Bushwick with a group of friends. Read on to learn about how Sky channels her creativity and find a special offer for Outpost members from Lab Studios.

TELL US ABOUT YOURSELF (AND YOUR ARTISTIC BACKGROUND)

I grew up in Houston, Texas, and just arrived in New York about three months ago. Houston has a huge part of my heart, but I've always wanted to be in New York. The perception of Texas from the East Coast is interesting ... it's played out like its the wild, wild West, but in reality it nests significant artists and culture. There's everything from growing up around Chopped and Screwed music to experiencing James Turrell installations and Van Der Rohe architecture. That exposure to these artists has continued to contribute to my taste and style.

My father was an artist but never ended up going to art school because my mom got pregnant with me. With that being said, I have been taught about the fundamentals of art since I was a little girl, with a "you must know the rules to break them" philosophy. I went to college for visual arts when I was fifteen, mostly experimenting with different mediums and figuring out what I like and don't like.

I was mainly focused on painting but I knew there was something missing. That's when I was introduced to the idea of a creative director -- someone who handles all of the visual language of a production -- and it became really attractive to me. I was fascinated with being able to control every tiny detail of design and create a narrative. Being immersed in the art world has brought me opportunities to work on films, photoshoots, curation, company branding, modeling, and anything else I can create ideas for. 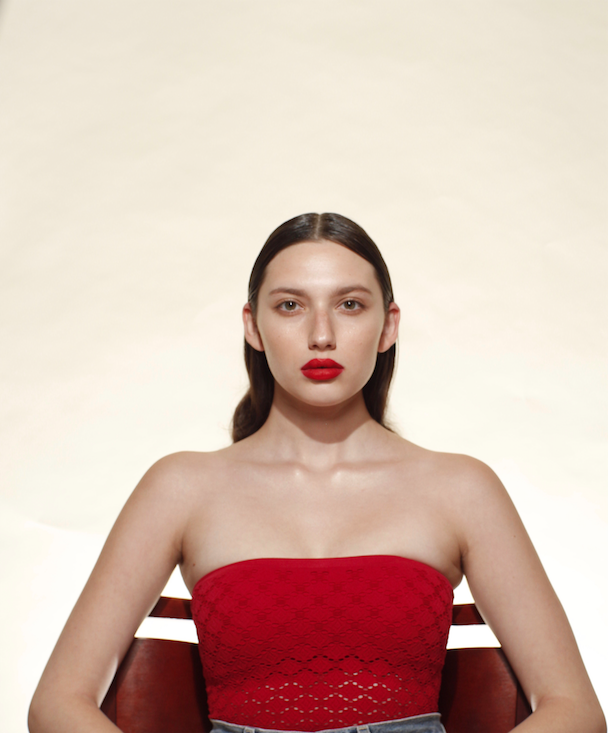 WHAT ARE YOU WORKING ON NOW?

My friend and I started a magazine called usaphase.co and it's been almost three years. My motive for the magazine is to give recognition to artists that don't get recognized, and from there give those artists a platform to showcase their work.

Once I moved to New York, a couple of friends that have been in Phase, my magazine, and I got together and started a photo studio called Lab Studios.

WHAT WAS THE INSPIRATION BEHIND THE STUDIO?

We felt it was a innovative way to have our own space to create individually, but also lend out our space to other artists to execute their own work. Lab Studios is an all white, distraction-free canvas for you create. Lab is a photo- and film-focused production space that is rented hourly, although Lab accommodates cross-disciplined creatives; we welcome the space to be utilized in other ways.

YOU'VE SAID THAT OUTPOST HAS HAD A SIGNIFICANT IMPACT ON YOU.

My friend Ajani whom is one of the co-owners of Lab recommended outpost to Tosh (my boyfriend) and I. She told me that it's a great way to start in New York before you have an apartment and to create your network of artists. She was right; I have met many talented artists in the East Bushwick house. Therefore, Outpost has helped all of the owners of Lab Space to jumpstart their career in New York. We all thank Outpost!!

Outpost members can get a 50-percent discount to rent out the studio space for $55 per hour. If you're interested please email at [email protected].

5 Tips for Staying Organized in a Shared Space

Even with all the benefits of co-living - having a built-in community and no worries about your roommates not paying uti...

What We're Looking Forward to at the Bushwick Film Festival

It’s not too late to take advantage of this week’s Bushwick Film Festival, which is taking place at points a...