Today’s #MemberMonday post is about Mandy Otero, from East Bushwick House. Mandy wants to be a screenwriter in New York City and is well on her way to making her dreams come true. 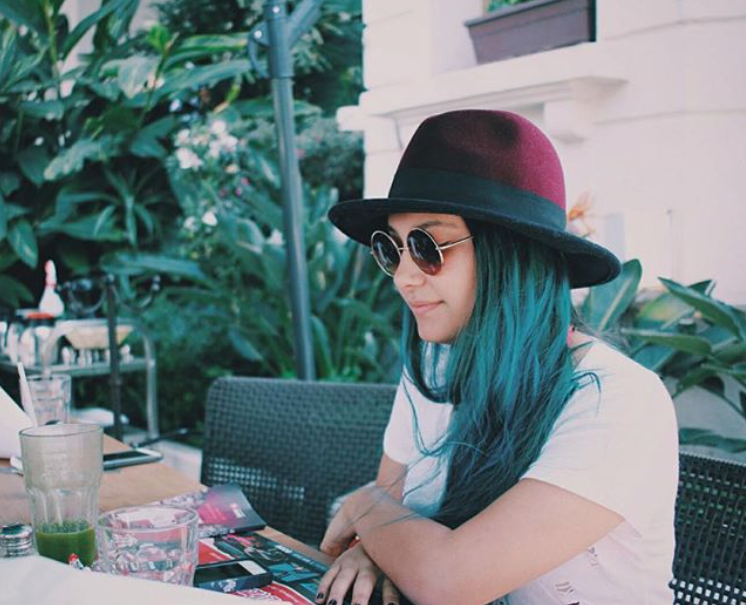 I’m originally from Monterrey, Mexico, and I developed a passion for cinema when I was like 9. I saw the movie Schindler’s List without my parents’ permission and it blew my mind, and I decided I wanted to work in film. I made it a goal of mine early on that I wanted to move to New York, so I dropped out of college and moved here in January.

I like the people. I enjoy the company of individuals that I otherwise would not have met.

I went to Coney Island with some Outpost people for the Mermaid Day parade and got lost inside the amusement park. We were looking for a roller coaster and had a map and couldn’t find it anywhere, so we just stopped and got a funnel cake.

What are you working on now?

Right now I’m developing a web-series with two New York-based actresses. We’re entering pre-production for the pilot that we’ll use to crowdfund the rest of the series. It’s a series about two women who become best friends and have to navigate the complicated life of young adults in this world trying to figure out their sexuality and gender expression.

We’re excited to show you around the new and improved Outpost Club member portal , your resource for all thin...

Brooklyn is home to dozens of independent bookstores that have us covered for everything from comics to books on the occ...