Indie singer-songwriter A.W. was writing songs about their queerness before they had even realized they’re queer.

“I wrote this a couple years before I came out to myself; I was just like hoping someone would hear it and be like, ‘Yo, are you gay?’” they said of 2009’s “Fingers Crossed.” “I was too vague with my metaphors, though.”

A.W., who came out as non-binary last summer and uses they/them pronouns, told Monday night's crowd at Outpost Club’s East Williamsburg House how their journey as a trans person has impacted their music -- and in more ways than one. They’ve had to adjust their older songs to account for how their voice has deepened, and changing their name has meant having to work hard to keep old fans aware that they’re still active on the indie scene.

Most of their music feels almost universally relatable: Themes of lost love, anxiety and starting over mingle with songs about accepting yourself and living your truth to paint a complex portrait of the artist who wrote them. A.W. certainly doesn’t shy away from writing about queerness; it just feels like a common thread woven throughout their body of work rather than the main focus.

“It’s about gay stuff in that it’s about human stuff,” they said about “The Same,” from their 2015 album New Love. The song is one of those universally relatable ones that has complex layers; most of us have felt lonely and sad at some point in our lives, but as A.W. tells their story of finding their truth and starting to transition, the words take on new meaning:

“Does anybody wonder how it ever got this bad?

"Does anybody wish that they could change the way they are?

"We all got feelings that we can't explain

"We're all a little bit the same.” 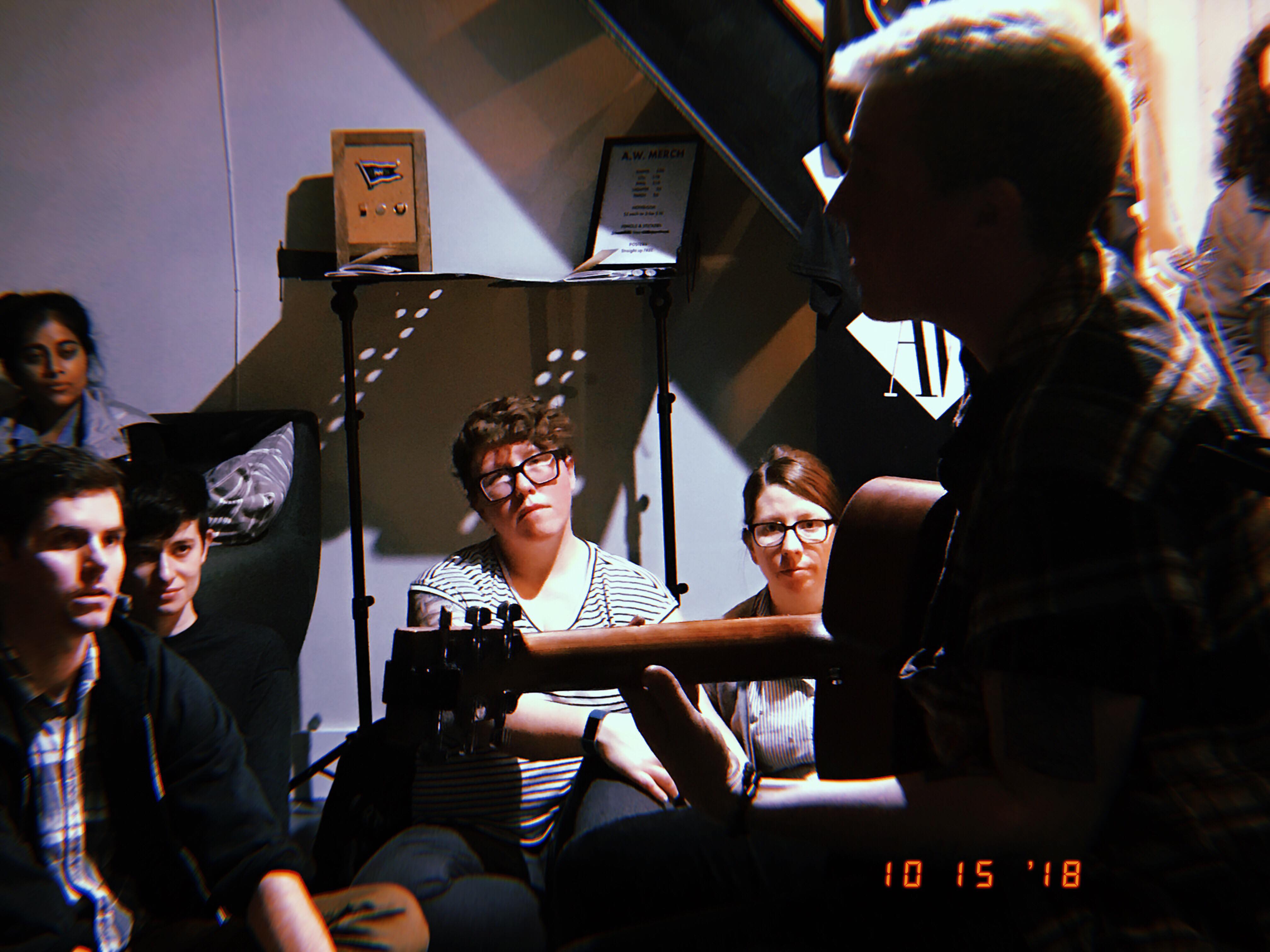 A.W.’s sound typically leans more toward indie pop, but for the living room show -- part of the Alone Not Lonely U.S. tour -- they went for a more mellow vibe. It was a “Monday night feelings fest,” they said, but the mood in the crowded room was still jovial as the artist joked about the time a guy they had a crush on showed them the Buffy the Vampire Slayer episode in which (spoiler alert) her mom dies, and they went home and wept -- but ultimately “it’s fine, because I’m gay.”

Or the time they were on their way to New York City for the first time on tour and had no idea what to expect, leading them to think the lights of a random New Jersey town were the lights of New York City. That experience led them to write “Ghost Stories,” a contemplative ballad about the promise of the future and the shadows of our past:

“We got lost in New York, but the view from the bridge

If anyone would be able to capture how limitless it feels to see New York City for the first time, it’s A.W.; they hail from Georgia but lived in Brooklyn for a few years after college.

“I love Brooklyn,” they said. “This is a beautiful, magical place.” 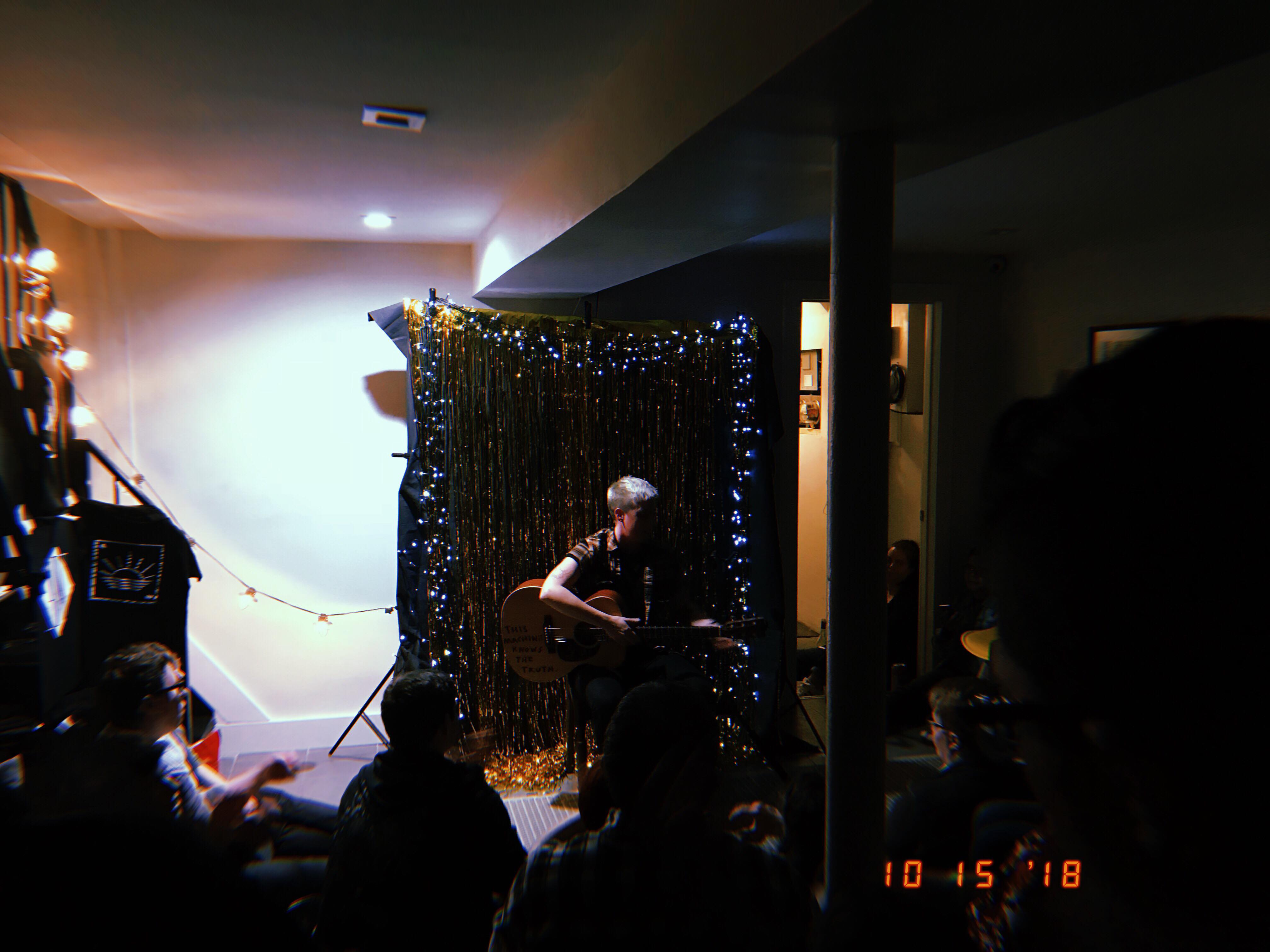 This week at Outpost, we're profiling Garazi Prieto, an promising dancer who is on her second tour of New York and has h...

12 Halloween Events to Check Out in New York City

Halloween is nearly here, so get into costume and get ready for the Outpost Club’s Halloween party on Oct. 31 and ...