How Micah Brown Became a Venture Capitalist at Outpost Club

How Micah Brown Became a Venture Capitalist at Outpost Club

Micah Brown was working a six-figure job on the Manhattan media scene when he visited a Baltimore school as part of a mentorship program. It was there that he met the child whose tragic story would change the direction of his own life.

Brown said he could tell upon meeting him that the boy was struggling, but it wasn’t until he found out weeks later that the child had passed away that he realized something had to change.

“I could’ve helped him and I didn’t,” Brown said. “I said to myself, “Bro, you’re out here making money and living on the Upper West Side, and you’re not doing anything to help people of color.”

That realization has led Brown to work tirelessly to get in a position to help people of color bridge the gap between the systemic racism that often holds them back and the change he knows they’re capable of effecting -- but he’s followed a long and winding road to get to where he is today.

The venture capitalist, affective AI engineer and Outpost Club member grew up in South London in an area he describes as “similar to the south side of the Bronx.” His father worked hard to provide for his family, he said, but times were difficult and the family struggled to stay afloat.

His father saw the kind of promise in the United States that has drawn millions to upend their lives for the hope of something better since the first generation of English immigrants settled Jamestown in 1607.

“It was good timing because economically there was a lot of struggle,” Brown said. “All of us were like, “All right, we’re going all-in on this.” 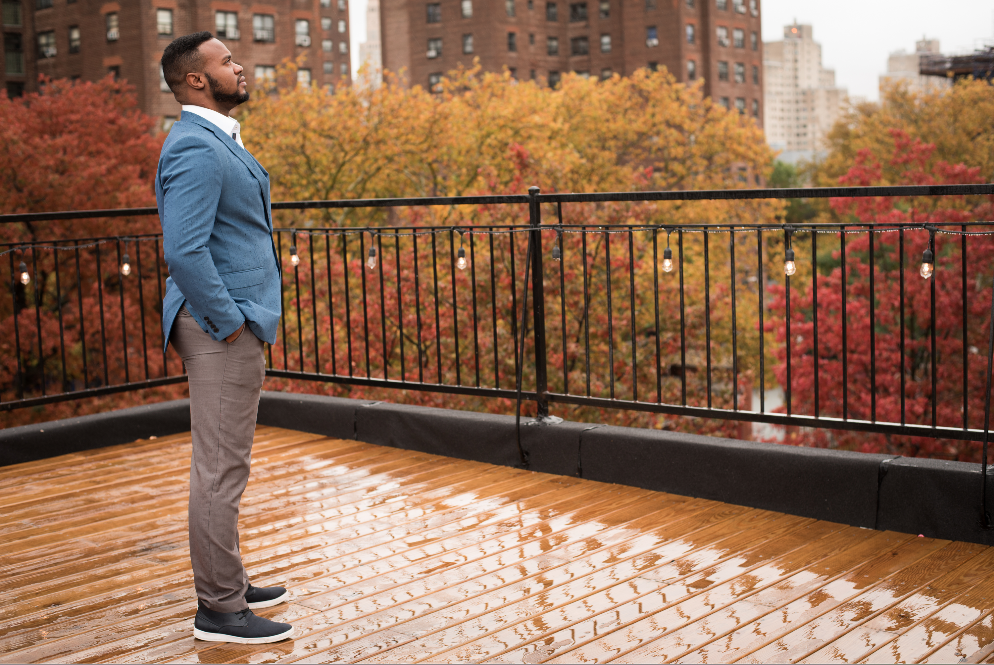 Brown eventually returned to London to work until he could afford to move himself and his family to New York, where he decided to get into media. If the child in Baltimore was the catalyst for Brown’s desire to make a difference in the lives of people of color, it was his experience in the media industry, watching people of color being shut out but failing to raise his voice in support, that laid the foundation for what he is doing today.

“Once I was the only other person of color in the room holding a high-profile black director back (from a deal),” he said. “Without the benefit of my insight (as another person of color) into the impact that this director’s idea would have on the media landscape, the numbers didn't add up in terms of ROI -- but I knew that the world needed this TV show.”

“The show later became one of the biggest shows on TV, but in that moment I held this person back and I was the only other person of color in the room,” he added. “I felt like I was saying I cared about helping black people and yet I literally just stopped a high-profile, proven black director from bringing an authentic black story to TV.”

He knew he wanted to build his own company and he knew he needed it to be a money-maker if he wanted to be able to accomplish his real dream, to help people and the community. He and his team worked long hours to launch FilmFundr, which in part uses emotional valuation to allow potential investors to quantify the economic value of media. It was piloted with multiple film studios, media companies and universities, and went through the Batchery Accelerator.

The entrepreneur, perpetually cheerful with an excited glint in his eye, has a habit of speaking quickly when he tells you about something he cares deeply about; his words tumble out as though one can scarcely wait for the next in his excitement to share a story. It’s infectious, and it’s the kind of thing that inspires people to share his vision.

The problem is that you need more than just vision and charisma to succeed. Brown had moved back in with his parents in Long Island after burning through his cash and later crashed on a friends’ couch while he tried to figure out his next move. That’s where he was when he launched Centiment, marketing software that uses artificial intelligence and neurodata to help clients connect with their customers. It was tough-going at first, though.

“I’m sitting in this space, broke after trying to raise money for a year, sleeping on a friend’s couch, and I’m depressed, thinking, ‘I can’t really do this anymore,” he said. “My cofounder Tim, from London, had been working with me for two years for free.”

It was in that mindset that Ken Lang found Brown at 4 a.m. one day, coding and trying to figure out how to turn his work into something more.

“I spent four hours showing him this code,” Brown said. “He’s like ‘cool’ and leaves, never told me who he was. Then in the next few days his lawyer contacts me. He literally wired me the money within a couple of days. That’s what really kicked everything off.”

It was a busy time. Centiment won 11th place in an MIT competition and ended up with a neuroscience partnership sponsored by Sprint. They hired 20 City University students of color and helped 300 more find employment. The company partnered with IBM as a With Watson company started getting the attention of national and industry media as it received investments in 2017 from Sprint and the Black and Latino Tech initiative. 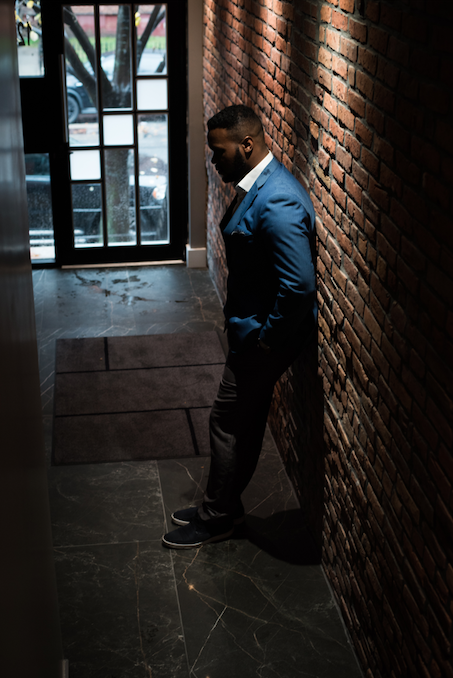 It was during this time that Brown was trying to transition his life back to New York City. That’s when he found Outpost Club.

“The flexibility (Outpost) offered at this period was a direct help,” he said. “The community was a really interesting contribution too; there’s a practicality and, I’d say, a New York ruggedness to Outpost Club. The nature of people at Outpost is that they’re all fighting to accomplish something.”

Brown believes your environment helps determine your success, and the organization and structure of Outpost Club has made a big difference to him. And according to Jacob Shapiro, Outpost Club’s New York Account Manager, that’s a major draw for many members.

“We’ve always appealed to people who are coming from outside of New York to make it in New York, and most people haven’t made it yet,” he said. “They’re in the process of trying to create a stable lifestyle in New York City.”

Now that Brown knows his direction, he can focus on the details: getting some of the world’s $182 Billion in investment capital dedicated to the projects of people of color. As of 2018, less than one percent of that goes to projects started by people of color; only 0.2 percent of the of the U.S. money goes to women of color.

Brown said people of color are so used to struggling to find investors that many have been forced to learn to operate on a shoestring budget. That includes him: Centiment built $5m worth of software with only $100K. If people of color could get more funding, though, they could have a big impact on the face of tech -- especially in areas like artificial intelligence and neuroscience, which have seen a huge surge in capital over the past year.

“The only way to get effective AI is a massive spend on testing or using neuroscience for your consumer products,” Brown said. “So in that second category, what our technology does is shorten the research process.”

New opportunities for his earlier project have come into play as he’s worked on Centiment, all while staying at Outpost Club’s Downtown Brooklyn House. FilmFundr was acquired by Battery Park Entertainment in the fourth quarter of 2018.

His team has now formed Centiment Capital, creating AI that has the ability to forecast company valuations. Centiment is raising a $5-million fund to take the next steps toward helping empower people of color: actually getting the money into the hands of those who can use it. He said he’s in this to demonstrate to other VCs, angel investors and private investors in neuroscience, deep tech and AI that such investments are worth it.

“My story is the first undeniable example that it can be done -- I put the work in and the struggle was there and now the results are there,” he said. “You can’t deny it. I’m here to help other people of color do what I’ve done by investing in them and fighting for them.”

Brooklyn is home to dozens of independent bookstores that have us covered for everything from comics to books on the occ...

7 Ways to Enjoy Autumn in Brooklyn

There’s still plenty to take advantage of before the colorful leaves give way to gray slush -- here are seven sugg...