Nestled in industrial Bushwick in a neighborhood packed with art galleries is Braven Brewing Company, a recently opened craft brewery, bar and kitchen whose founders hope will become an area mainstay -- and for good reason.

The brewery itself is modern without being too minimalist, its industrial-chic decor giving off a cozy vibe that embraces you as soon as you open the door. The 4-foot fence around the brewing area welcomes curious patrons to take a look at the brewing process.

The tap list is broad enough to suit any beer-lover’s palate, with brews on one recent visit ranging from Guilty Feet -- a sour ale brewed with cranberries -- to the more familiar Bushwick Pilsner, based on the pilsners brewed in Bushwick for over a century.

The kitchen adds some class to what you might normally think of when it comes to bar food, with dishes like fish and chips, a southern-fried chicken sandwich and the vegan Beyond burger sure to satisfy late-night cravings.

The company itself has been around since 2013, with co-founders Eric Feldman and Marshall Thompson having moved from homebrewing in 2009 to distributing through local businesses and finally opening their first brick-and-mortar brewery in September of this year.

Braven is also heavily involved in Brooklyn’s creative scene, having partnered with institutions like the Bushwick Film Festival and the Bushwick Collective. It’s no wonder the brewery wants to appeal to local writers, artists and musicians -- and from what we’ve seen, it works. In fact, we’re so excited about having Braven in the neighborhood that we’re hoping to work more closely with the brewery in the future, so keep an eye on the Outpost blog for more details! 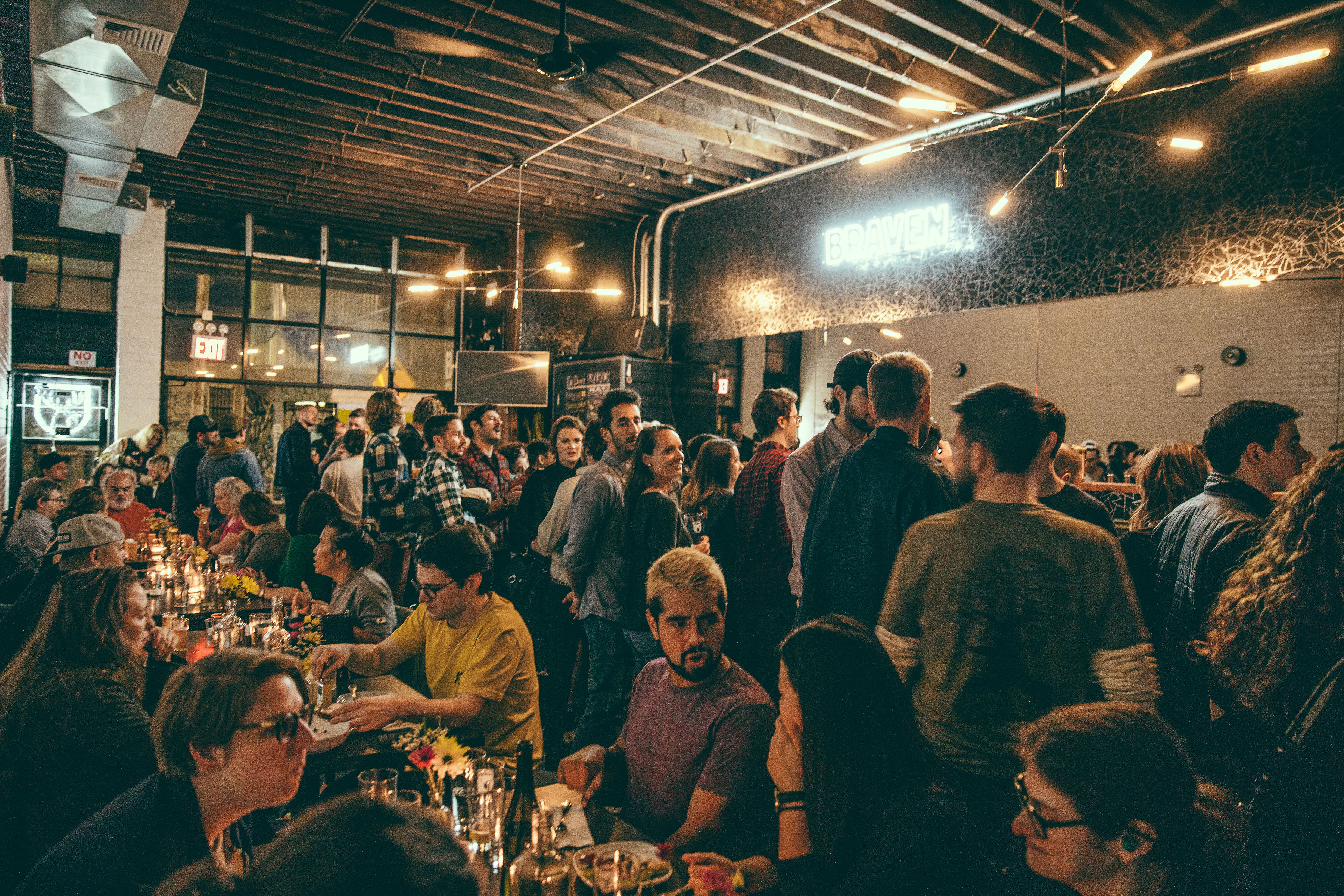 For this week’s #MemberMonday , we’re introducing you to Marcia, a full-time traveler from Brazil and o...